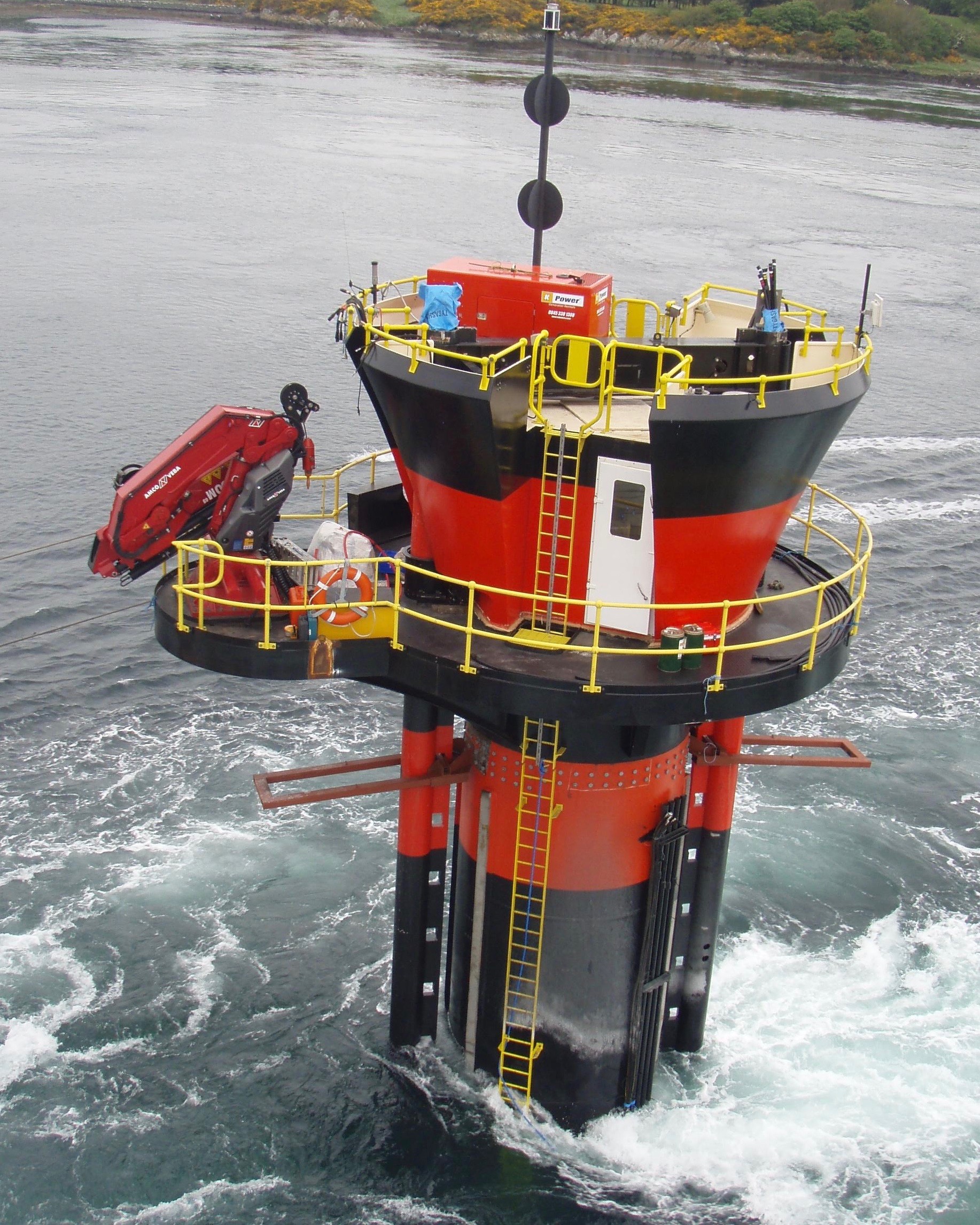 HYDAIR were approached to design, manufacture and install a levelling system for the first ever commercially producing tidal turbine in the UK

The project called for the altitude of the Turbine structure to be adjustable after it was placed in the water. The hydraulic system designed to raise the 1300 Ton structure consisted of eight 250mm bore x 1500mm stroke double acting Hydraulic cylinders operating at a maximum pressure of 350 bar.

This position was then to be monitored and held for as period of time until the legs had been pinned into position using piling and gritting techniques. During the tidal cycles, the load on the lifting rams was to be monitored to ensure that all the feet remained firmly planted to the sea bed– indicating that the self weight of the structure was holding the turbine firmly in position and was not being swept away by the ferocious tide that is the reason for this location being used. 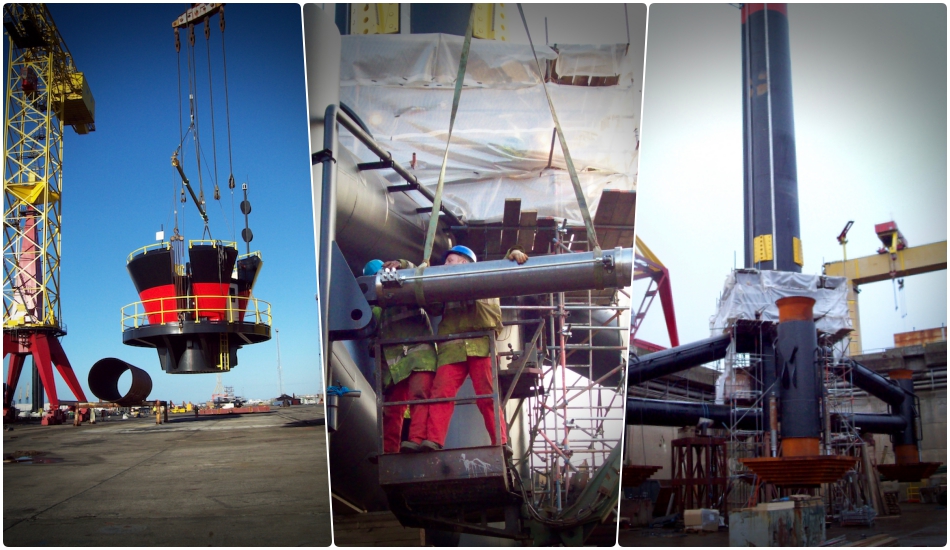 Hydair engineers installed and commissioned the hydraulic system at the Harland & Wolff shipyard over a two week period.

The specially designed mobile hydraulic power unit was positioned on top of the structure along with the electronic levelling control system, all of this was controlled remotely by our engineers from the support vessel by an umbilical electrical control cable.

Images of Hydraulic Installation carried out at Harland & Wolff Shipyard.